Asa Earl Carter (September 4, 1925 – June 7, 1979) was a 1950s segregationist speech writer, and later Western novelist. He co-wrote George Wallace's well-known pro-segregation line of 1963, "Segregation now, segregation tomorrow, segregation forever", and ran in the Democratic primary for governor of Alabama on a segregationist ticket. Years later, under the alias of supposedly Cherokee writer Forrest Carter, he wrote ''The Rebel Outlaw: Josey Wales'' (1972), a Western novel that led to a 1976 film featuring Clint Eastwood that was adopted into the National Film Registry, and ''The Education of Little Tree'' (1976), a best-selling, award-winning book which was marketed as a memoir but which turned out to be fiction.

In 1976, following the success of ''The Rebel Outlaw'' and its film adaptation, ''The Outlaw Josey Wales'' (1976), ''The New York Times'' revealed Forrest Carter was actually Southerner Asa Carter. His background became national news again in 1991 after his purported memoir, ''The Education of Little Tree'' (1976), was re-issued in paperback, topped the ''Times'' paperback best-seller lists (both non-fiction and fiction), and won the American Booksellers Book of the Year (ABBY) award.

Prior to his literary career as "Forrest", Carter was politically active for years in Alabama as an opponent of the civil rights movement: he worked as a speech writer for segregationist Governor George Wallace of Alabama, founded the North Alabama Citizens Council (NACC) – an independent offshoot of the White Citizens' Council movement – and an independent Ku Klux Klan group, and started a pro-segregation monthly titled ''The Southerner''. Provided by Wikipedia
1 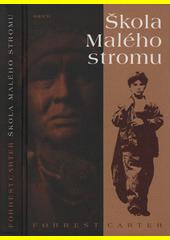